A Rare Opportunity To Blow Up Your Personal Brand on LinkedIn

In this article, I am going to share with you what is currently the easiest way to drive exposure to your LinkedIn profile, and the exact SECRET MAGIC FORMULA so that you can take advantage of it while it lasts.

Every once in a while, a social platform presents a unique opportunity for you to grab a disproportionate amount of value vs. what's required for you to put in.

When Facebook Pages were introduced, you could push an update to the hundreds of thousands of people who liked your page, and every one of them would see it. Now, only about 2% do.

When Instagram first gained mass appeal, it was the same thing. Everyone would see all of your posts - even if you were THAT person who posted 6 crappy photos in a row of the Green Day concert that you went to last night (YOU WERE THERE... WE GET IT).

The list of examples goes on and on. There seem to be these small pockets of opportunity that offer great upside for those brave enough to jump into the pool before everybody else.

At the time of writing (late Sept 2017), I'm pretty convinced that LinkedIn Status Updates are this moment's gold mine.

Why You Should Care

I'm going to break down what I have discovered is the SECRET MAGIC FORMULA to getting thousands of views on your LinkedIn status and hundreds of people to your profile in a second here, but just so you stick with me, here's why you should care in the first place:

Posting content that gets seen allows opportunity to come knocking at your door.

Whether it's a new job opportunity, a new freelance project, a new lead, a new friend, a new mentor, or a new connection that will make a difference in your life 10 years down the road.

I've seen it and experienced it a countless number of times. When you put yourself out there, Santa's elves go to work.

Yet so many people resist this. It's easier to sit back and do nothing, and not have to ponder about what awful, horrible things people might think about your post.

(Trust me, I know... I'm not exactly the content king myself).

But every time I do post something, I always find myself saying "man, I really need to do this more."

So if you can bring yourself to setting aside 30 min - 2 hrs, closing your eyes, and putting something out there...

LinkedIn Status Updates can help make it worth your while.

Right now, LinkedIn's algorithm is placing a huge emphasis on a certain type of status update.

No, not the update where you share the first industry-related piece of content you find on Google and don't include any commentary.

And thankfully, not these anymore either ( ): 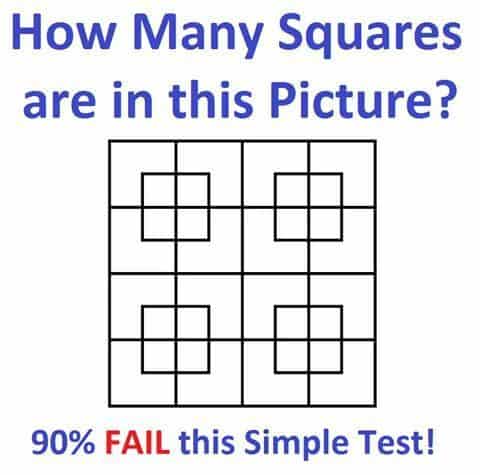 LinkedIn is loving status updates of stories that are crafted in an engaging way.

Here is what I and others have noticed to be the secret ingredients:

Here's an example update that was shared by Josh Fechter of BAMF Media, who has quickly become one of the top influencers on LinkedIn (and runs probably one of the most helpful Facebook groups for marketers that I am a part of).

I quit my job.

Ran out of savings.

Then took a low-paying job as a copywriter.

I bootstrapped down and moved into my Dad’s tiny apartment.

Without much space, we slept in the same room. During this time, I learned something beautiful.

Success and happiness parallel how much value we create for others.

Not how many books we read, podcasts we listen to, or YouTube videos we watch.

The problem: I had no skills. I had no money.

With few options, I began writing for many hours every day.

To focus, I stopped…

First, I wrote on my blog.

As I became a better writer, I contributed to publications.

People began to recognize and respect my ability to create value.

I left my low-pay copywriting job to work for a Facebook software company and moved out of my Dad’s apartment.

I then took a job as the VP of marketing for an events company spread across five cities, then eventually, I became the head of growth for a VC firm.

If your life is not on a successful track, then ask yourself:

Am I a consumer or a creator?

To put that into perspective, The Tonight Show with Jay Leno had a mere 3.869 million viewers per episode in the 2010-11 season.

*You can read Josh's full break-down of The Anatomy of a Viral LinkedIn Post here.

Putting It To The Test

After I saw Josh and others (like Michaela Alexis) have such incredible success, I decided to just put something out for myself to see what would happen.

I knew I wouldn't come anywhere near their numbers, since I hadn't been pushing the snowball every day like they had (in fact, I had only posted 4 updates total in the last year).

But I was still curious - can anyone find a level of success on LinkedIn right now?

Here were my results: Over 17.5k views! This one status update essentially blew away any other piece of content I had ever written.

Ok, but how often will I get to write about something as significant as quitting my job?

So I decided to write about how I lied down on my living room couch that day (super cringe): It still got over 5k views! Not exactly a home-run, and I'm not giving Jay Leno a run for his money, but that's still very significant for someone who hasn't posted in months.

These two simple posts led to bumping up my 'last 90 days profile views' from 86 to 365, about 50 relevant connection requests, and 20 personal messages. While others, from a VP of Marketing for the Toronto Blue Jays (after viewing my profile) looked like this: "But you have more connections than me and you sometimes write blogs and you're into marketing and excuse #4 and excuse #5..."

In the last part of my super scientific test, I told a friend through text message to "post some kind of story, cut up into 1-2 sentence paragraphs, and either include no pic or some kind of selfie or pic of you in it."

Normally only getting a couple hundred views on their updates... They got over two thousand. His topic was on his thoughts regarding taking breaks at work.

And as I mentioned above, this snowballs. The more you post insightful (but simple) updates, and take advantage of the opportunity for exposure that lies before you, the higher these numbers will rise.

It is really easy to get status update and profile views on LinkedIn right now.

This exposure can help you land a new job, a new project, or a new connection. But you need to get on it now, because this won't last forever. As more people learn about what's ranking well, the more people that will do it, and the less effective it will become. Luckily you read this blog, so you're on the inside edge.

To keep it stupid simple, here's all you need to do:

All that matters is that you do something.

*I'll be sharing more insights like this, along with case studies and strategies that you can put into practice. Want to follow along for the ride? Just leave your email in the box below!